Your recent announcements to hasten the end of in-state production of oil and gas will hurt California’s environmental leadership, kill thousands of quality careers, eliminate tax revenue for vital services, and take away affordable and reliable energy choices during our state’s economic recovery. For a state as large as California, we need all-of-the-above energy solutions, not one size fits all.

Californians currently demand over 1,500,000 barrels of oil and six billion cubic feet (bcf) of natural gas over every day.  Each barrel of oil California does not produce in-state must be tankered into our crowded ports from foreign countries.  This is NOT a “just transition.”

The upstream oil and natural gas industry employs more than 55,000 Californians. These quality careers pay, on average, $123,000 a year -- nearly double the average private sector salary. A recent study found that jobs in renewable energy do not pay as well and are often part-time or temporary. We cannot afford to lose even more jobs as the state faces record-high unemployment.

The oil and natural gas industry pays $1.7 billion annually in state and local tax revenues. These tax dollars support important programs in our communities such as:

According to the California Center on Jobs & the Economy, California’s energy policies cost the state’s households and employers more than $44 billion a year when compared to the average prices paid by the rest of the US. Eliminating energy choices will only drive up the higher costs Californians already pay.

All of the oil produced in California is used in California and the vast majority of our remaining supply is imported from foreign countries, mainly Saudi Arabia. Saudi oil isn’t produced under the dozens of California-only rules that CIPA member companies follow. This year alone, when demand dipped due to COVID, dozens of foreign tanker ships idled off the coast of California from San Francisco to Los Angeles, releasing daily emissions at Southern California ports equivalent to 68 thousand cars on the road each day. The LA Times stated that ) Ships visiting Southern California’s bustling ports are poised to become the region’s largest source of smog-causing pollutants in coming years, one reason state regulators want to reduce emissions from thousands more of them.

California producers embrace an “all of the above” energy portfolio with both new and traditional energy sources working together. Thanks to the Low Carbon Fuel Standard (LCFS) provisions such as Innovative Crude, in-state producers have invested in technologies such as solar and cogeneration to lower the overall carbon intensity of our operations. Our industry is also uniquely poised to invest in the technology to permanently remove carbon from the atmosphere through carbon capture and sequestration (CCS). We are a proven partner in meeting California’s climate goals.

Governor Newsom, we urge you to protect quality careers and vital tax funding while ensuring Californians have access to affordable and reliable energy. By prioritizing locally-produced energy that is generated under the toughest environmental protections on the planet, you can maintain California’s climate leadership and protect our economy. 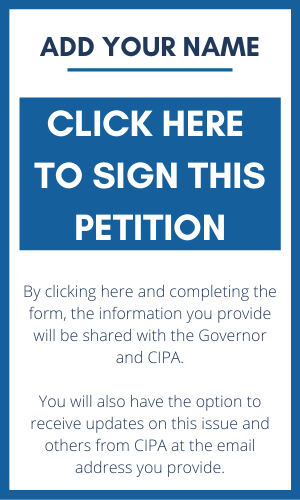 1001 K Street, 6th Floor | Sacramento, CA 95814
Phone: (916) 447-1177 | Fax: (916) 447-1144
2021 California Independent Petroleum Association
All Rights Reserved.
This site uses cookies to recognize members so as to provide the benefits of membership. We may also use cookies to understand in general how people use and visit this site. Please indicate your acceptance to the right. To learn more, click here.